Create and Craft TV start their Craftas 2018 from Monday 10th of December 2018 and voting for the favourite brand ends Thursday, 13th December 2018.

Read the press release below.

When They Win.. You Win!
Tune in from Monday for our CRAFTA Awards – and discover the prize that awaits YOU too! 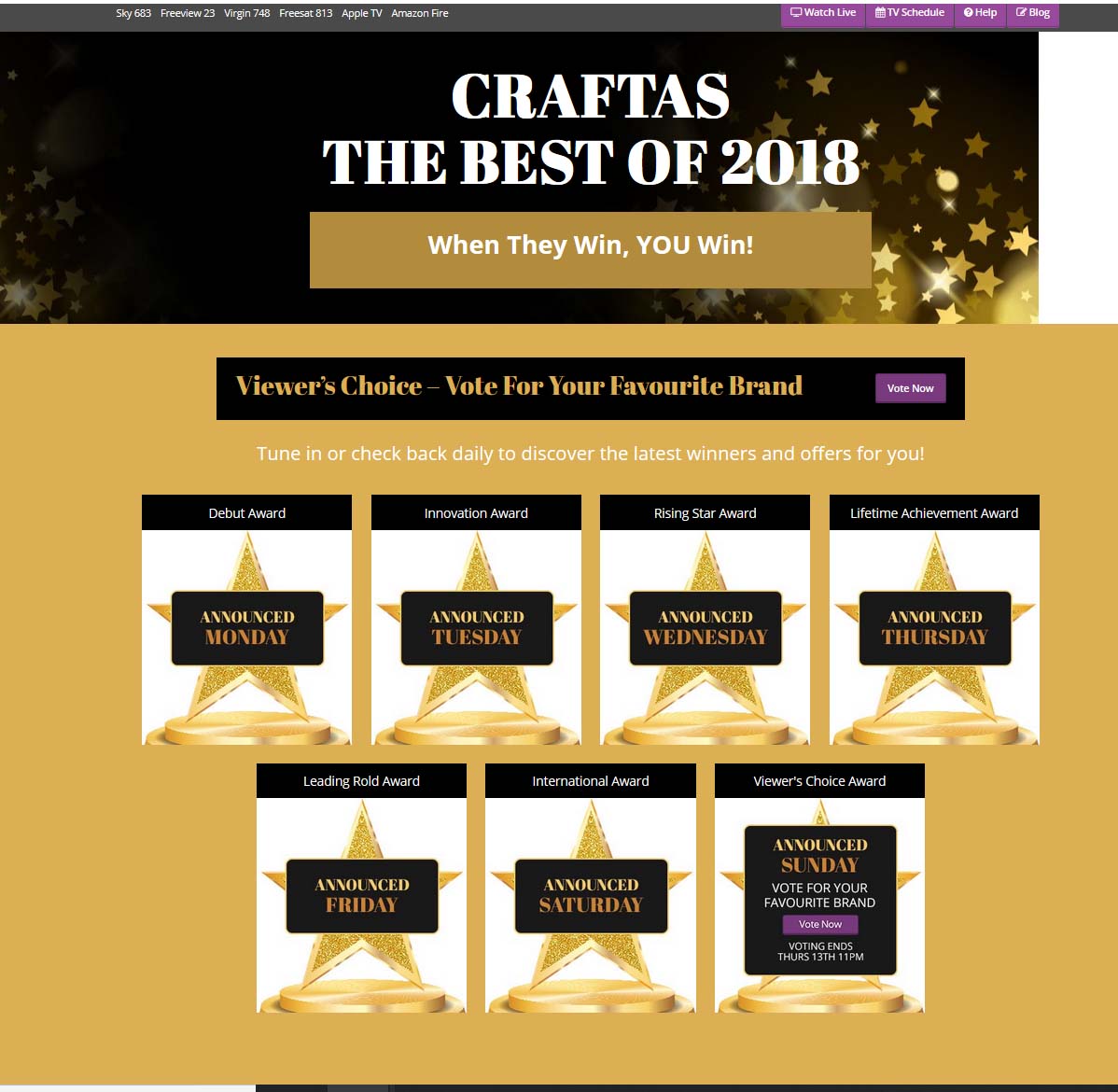