Can art go wrong! Yes, it can.

This statue in a school caused an uproar online that it was covered up.

A Catholic school were forced to cover a new statue of a saint give a child bread this week.

Why? Because it looked like he was giving him something else, to be quite honest.

And it gained a lot of attention.

Unfortunately for staff, the design was uploaded onto social media too – and it sparked quite the debate. 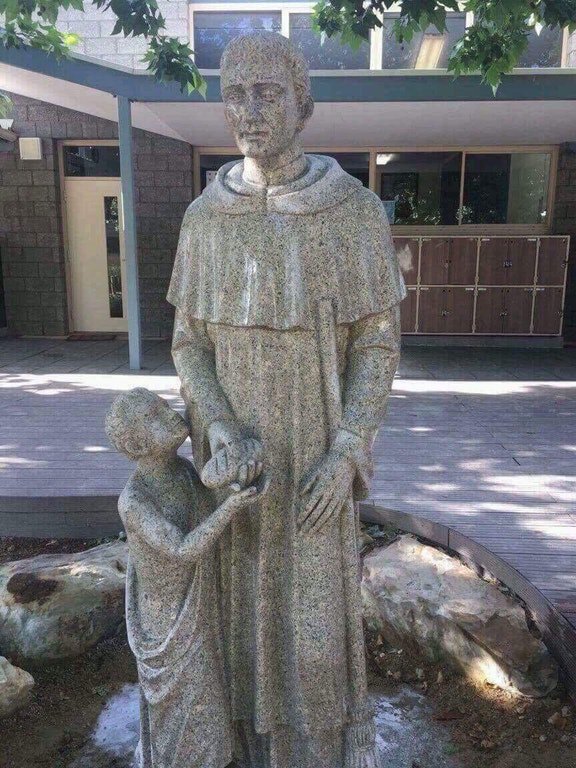